I’m William Allen, I grew up on the seafront in Brighton. Inspired by the beauty of the coast I developed a thirst for travel and to discover beauty in all aspects of life. I was fortunate enough to go to an extremely good school, but still worked two jobs the whole way through college, mainly to fund a lavish lifestyle, but also to save for the travel I had always dreamed of.

After college finished I decided to take a couple of years break from my academic studies, the first year I worked solidly, I would work all day, and always until the early hours of the morning. I had saved up a few thousand pounds and the summer came around, so i headed off on the trains around Europe. My dreams had always been set in further lands, fuelled by the documentaries of Michael Palin and David Attenborough. Europe however was my playground, a different adventure seemed to be thrown our way each day, especially after reaching the edge of the continent in Istanbul, running out of money, and having to sleep on the streets through Greece, Italy, France, and Spain on our way home.

I was hooked, when I returned back to Brighton I waited just five months before I headed out on my next journey, this time I would go further afield. Starting in Sydney, I rented a car which I drove up the eastern coast, hopped over to Singapore and into Mayalsia, over to Chennai, India, where I trained it up to the Himalayas in Himachal Pradesh, retreating down through the Thar Deserts of Rajasthan, and on to the topical jungles and beaches of the lower west coast. From there I returned back to the Himalayas in Assam, before heading to Thailand, Laos, Cambodia, and Vietnam, where I bought a motorbike. I moved on up to China, wanting to see something different I decided to avoid the deeply trodden west cost and took a train over 4,500 miles to Urumqi in the north west, up near Kazakhstan, Mongolia, and Russia.

Now I live in London, where I attend London’s no.1 ranked Business School. So many people I met along the way told me not to ‘sell my soul’. So many people out there think the idea of working behind a desk, an especially in the field of ‘business’ is a sin. I say, how else am I going to finance going to my ever growing list of places I want to see. Every world is interesting, even in business.

However, I do occasionally dream of packing it all in, buying a good pair of hiking boots and hitting the road.

I’ve now graduated from university. No longer in formal education. I’ll admit i’ve been busy, but I have kept moving. I’ve been on some spectacular travels during school holidays. I cycled across Europe with one of my best friends Louis, we called the trip The British Cycling Expedition, a homage to Amundsen’s British Arctic Expedition. I studied Mandarin in Hong Kong for a summer (a passion picked up from previous travels in China), and had a month or so spare before so flew to Moscow and caught trains through Russia, Kazakhstan over to Kyrgyzstan, then flew into India and traveled up through China before reaching the fantastic HK. Now that’s one fantastic city.

In my final long break after I had graduated, I thought i’d best go big, packing in a number of trips for a summer never to be forgotten. First, I flew to Malta, and sailed up to Sicily. Then caught a flight back to the UK, where I quickly jumped on to another to Uganda with Toby, a school friend, to visit Louis, who was now living out there. The three of us hired motorbikes and toured the breathtaking Central African Plateau, roaring through jungles, crossing Savannahs and the occasional dip in the nile and its source Lake Victoria. Africa is a new world to me, a world to be explored.

After Uganda, I flew back to the UK with a stop off in Istanbul to show Toby around and to have a much needed massage in one of the city’s oldest hammams. Then quickly rushed off to architecturally incredible Chicago where I picked up a truly American sized SUV and drove the iconic route 66 through America’s heartlands to Los Angeles. One place which sticks out in memory is Eureka Springs, Arkansas, a small bohemian town on a steep slope in the middle of the woods. The sun was scorching and the people were inviting, definitely worth a detour if you’re ever in the area.

From Los Angeles I drove highway 1 – the Pacific Coast highway up to San Fransisco where I stocked up on fresh camping gear and boarded a plane headed for Vancouver. It was almost 3 years to the day that Shane and I had said our goodbye’s in Beijing airport. My body pumped with excitement as the plane touched down and we were to start our second adventure. Hiking Vancouver Island’s West Coast Trail. Canada is a truly awesome place, and Vancouver is a great city. Our first night one of Shane’s local friend’s showed us around the city, we must have walked for 5 or 6 hours that night, the sun was up by the time we were home. The next day, we packed the truck and hopped on a ferry over to the Island, the next day we would start the 65km rainforest trail. Each day we caught Lingcod off the shore to eat for dinner, and boiled huge muscles, pulled off the rocks. When we returned to Victoria, we hired SCUBA gear walking into the ocean from the local beach to catch Dungeness crab for a post-dive dinner. I hadn’t been diving since way back in Thailand, and hadn’t thought about having the license. One of the things America and Canada are excellent for is getting out there and pursuing hobbies with real ease.

Now I’m back in the UK, and am on a graduate scheme for a chocolate company. Life has changed. Time is limited. But there are still adventures out there, and I’m eager, as always to have them.

I hope you enjoy all I post on this blog, every time somebody likes a post, or comments, it drives me to achieve more,

Thank you for all your support,

Its been a long time spent, but I’ve got far further left to go. 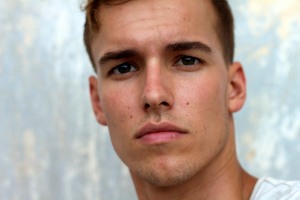