The clouds come in over Tian Shan 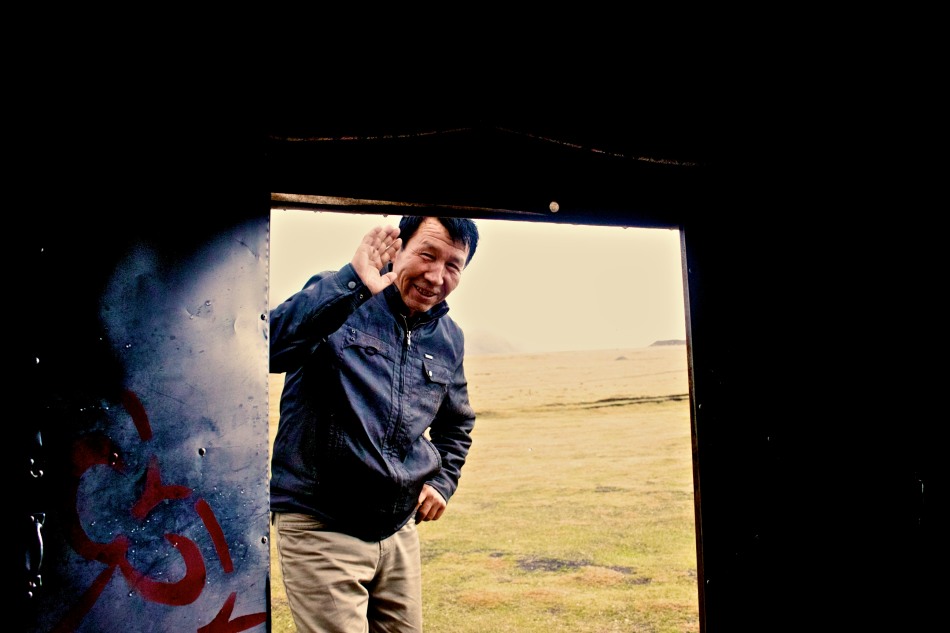 I dug up some more photos from Tian Shan, The first shows the clouds coming in the evening before we left the mountains and retreated back to the city. The second is of the man who invited us into his yurt to keep dry out of the rain.

With the billion or so people in China, I needed to get away and have some peace and quiet, and what better way to do so than with a camping trip. A 4,600 kilometre, 2 and a half day, train ride from Shenzhen took Shane and I to the north-western Chinese city of Urumqi. This was pretty much the end of the line, a city where the communist hammer and sickle is displayed proudly, and the buildings are grey concrete blocks. Surprisingly KFC had still made its way here, but at least they had given it the address of 666.

We persuaded a hotel to let us leave all our belongings in a box in their storage room, stupidly I had sent all my camping gear home a couple of days previously, so this would be a rough and ready trip. I bought a length of rope from a local DIY store, and “borrowed” a bed sheet from the hotel which I could fashion into a hammock. We filled our back packs with tins of food, and some sausages from the supermarket in town, and caught a bus as close to Tian Shan (Heaven Mountains) as we could get. Immediately after getting of the bus a man offered to drive us further into the mountains, by this point we had learnt that westerners seemed to be some kind of prize in China, as everyone wanted to do everything for us. Chinese people are bloody brilliant.

There turned out to be the Xinjiang Camping Competition happening that weekend, and we got waved through all security like VIPs without paying any fees to enter the mountains, another stroke of luck for two almost broke travellers. The competitors had to camp at the bottom of the mountains guarded by what seemed like an army of police (I think it may have been the army) complete with riot vans. Shane and I hiked our gear to the top of the mountain before returning for the evening festivities we had been invited to. We had become hardened drinkers by this point, so the news of a beer drinking competition excited us no end. But first some of our new Chinese friends were insisting to get us wasted on rice-wine over dinner. Shane won the the first round of the competition, earning him the title píjiǔ wang (啤酒王 – Beer King). We both advanced to the final, where I managed to quaff three 600ml bottles in just over 2 minutes, winning a crate of beer which I promptly gave away due to feeling I was about to pop and not wanting more beer. The locals stood no chance! 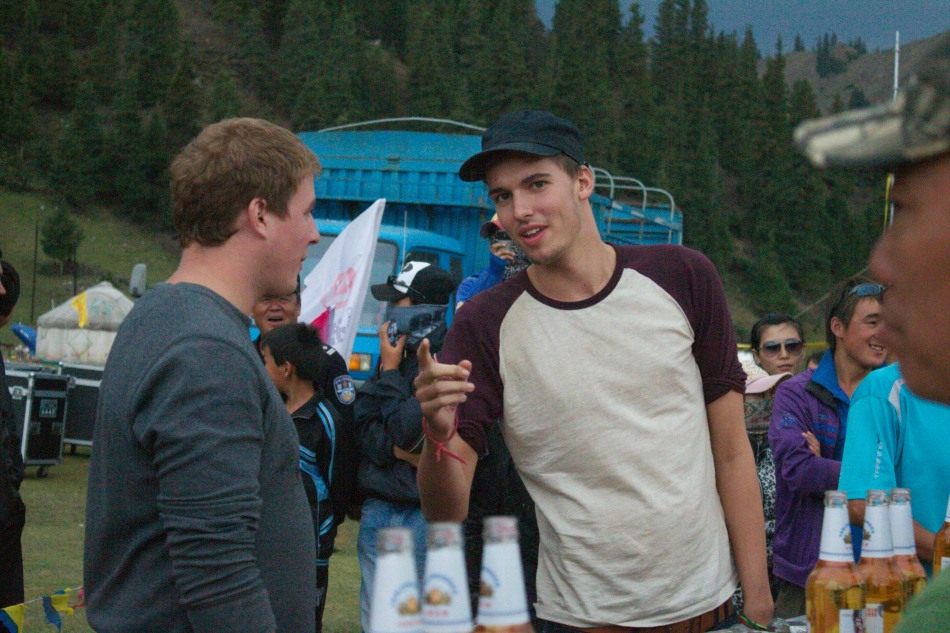 Night had come, and in a drunken state we retreated back up the mountain to find our camp site, which was hidden in the trees. With only our phones for light this proved to be quite a challenge. I was ready to give up and sleep on a rock on the top of the mountain, but Shane being well versed in finding his way through trees was determined not to give up and eventually found us back to our camp. I fell asleep in my makeshift hammock straight away, and woke up shivering, after what has to be the coldest night I’ve ever experienced. We swiftly collected some dry moss and twigs together and built a fire to warm our frozen skin. 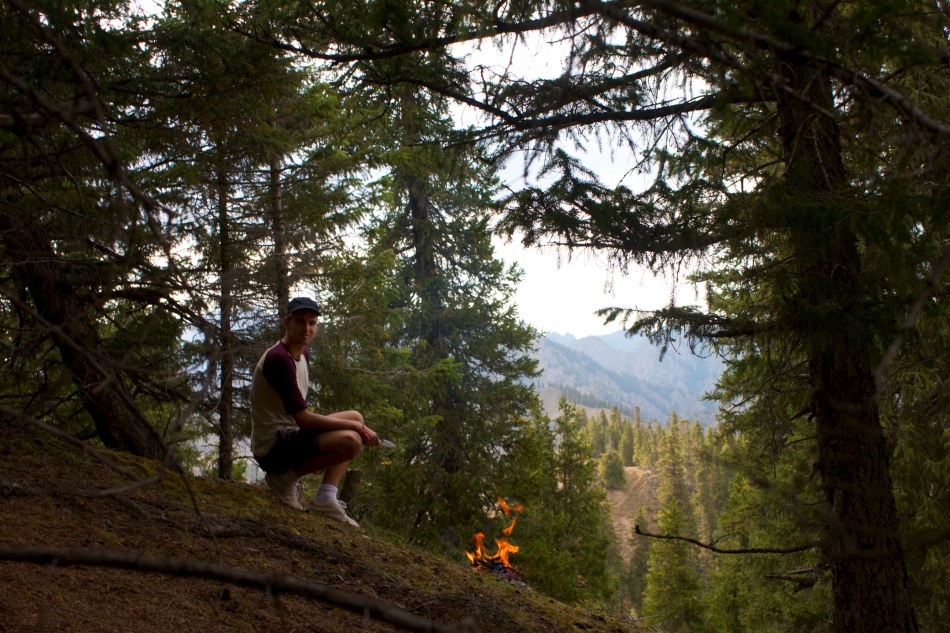 Each day we walked across the ridge of the mountain further away and set up camp further afield. Incredible peaks went on for as far as the eye could see. The air was distinctly un-Chinese in it’s lack of smog. Eagles flew overhead. In the knowledge that I would be heading home in ten days, this felt like a perfect way to draw my travels to an end.

Determined not to freeze to death, and armed with a Pocket Swiss-Army knife, we set up our second camp and proceed to cut down a dead tree with the tiny saw blade. This took hours and hours and hours. But eventually we had a fire which successfully lasted through the night. We speared a couple of sausages on sticks, roasted them over the fire, sang about our worldly conquests and hummed away on a harmonica. This is the life. 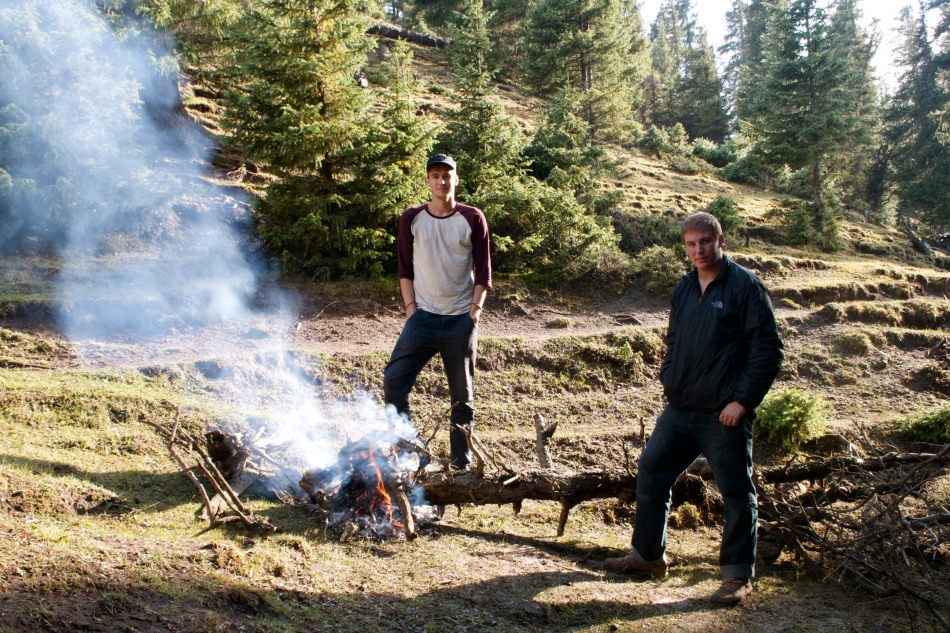 After five days, the weather turned worse, torrential rain poured down, our food had run out, and my hammock had ripped so badly I was practically sleeping on the soggy ground, so we decided to head back to Urumqi. Soaked to our bones we set off back to the bottom of the mountains when some local Uyghur people ran out calling us into their yurt. they stripped us down and dried our clothes over a cow pat fuelled stove while we waited for the rain to subside. They fed us some offish kind Naan bread (which apparently originated there) and what must have been yak butter. Delicious…. 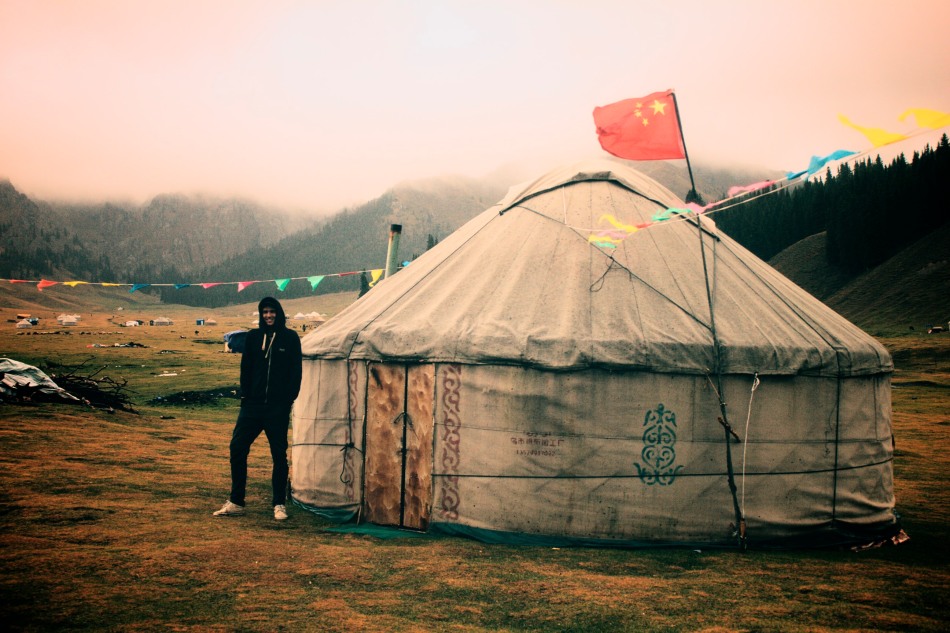 Two chinese guys happened to be also in the yurt, and they happened to be going back to Urumqi. Much to our surprise they had managed to order a taxi to drive up the mountains to come and collect them. I thought this must be from the road at the very bottom of the mountains, but no, the taxi had driven up the mountain in the rain and came right to the door of the yurt. All in all this is going to be a pretty hard camping trip to beat, and it proved to be a successful remedy to the hustle and bustle of city living.

Boat on the horizon 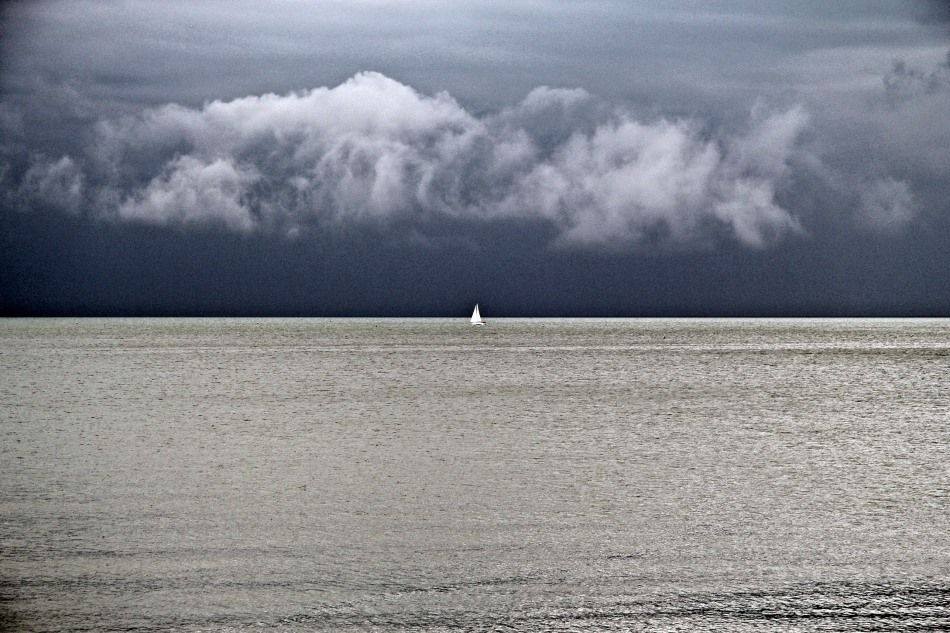 I returned to Brighton for a couple of days over my Easter break, after a heavy night out with some of my friends we awoke to a day which was surreally calm, we were all feeling a little worse for wear and the weather suited the mood perfectly. We walked along the seafront to town to get some breakfast at a pace which would make the most elderly of tortoises look like Usain Bolt. Even the sea couldn’t muster the energy to form a wave. There was no wind, yet a single yacht sat on the horizon.